The Entrepreneurs In The Forest - Getting Help From His Sons 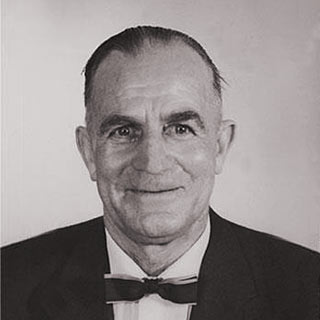 Erik and Gunhild had three sons: Willis, Jack and Bertil. Willis, the eldest, showed an interest in technology from an early age but he struggled with language. Today dyslexia is a standard term, but in the elementary schools of the 1940s there wasn't always the same level of acceptance.

But, as before mentioned, Willis possessed far greater talent in the filed of technology. Ever since he was a young boy he had been interested in toying with things. When Erik, who had suffered from sciatica for several years, was also diagnosed with MS, Willis and Jack gradually took over there father's role as the driving force within the company.

Willis had plenty of ideas for products, but lacked formal technical education. He had been in the last batch of students in Sweden to only have six years of compulsory education, and he would later joke that he had gone to SHK, the School of Hard Knocks. Above all, he lacked the tools with which to realize his ideas. There was a way to rectify the latter situation, however. He began by buying a used lathe and milling machine from Bengt Erlandsson, who sold machinery and fittings to local small businesses from his mechanical workshop.

Part of the deal involved Willis being given a crash course in tempering steel from the experienced "old guys" in the workshop. He was also allowed to go to Bengt's workshop and pick up the tool steel he needed to make his own tools. Having set up the lathe and milling machine in the factory building, he had everything he needed to start making his own products.