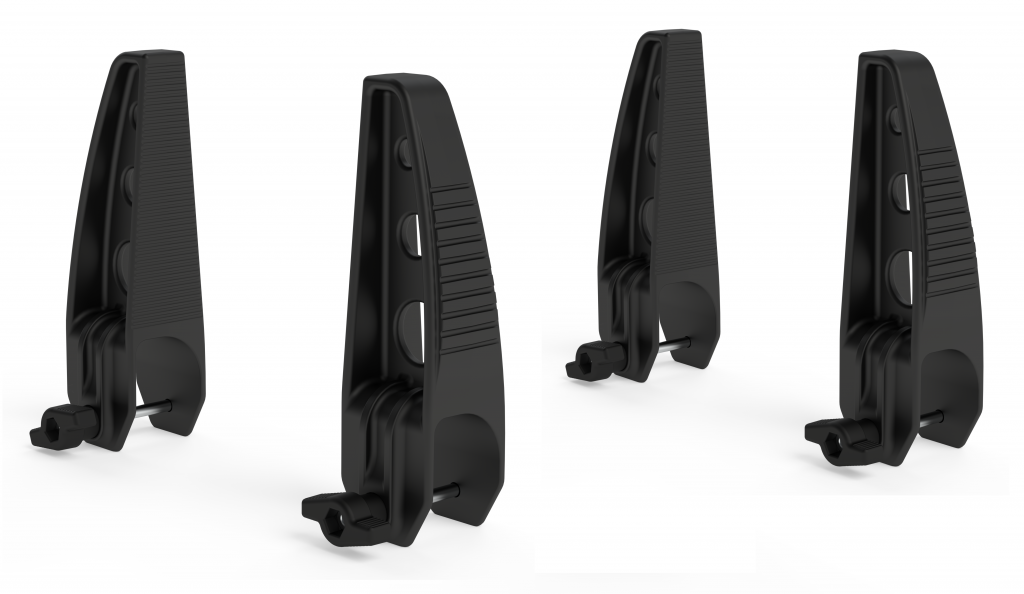 Rhino quick release Load Stops are one of the most useful and most popular accessories for Rhino Delta Bars and Rhino Modular Roof Racks. With a pair or more of Rhino Load Stops you can secure your load without fear of it slipping sideways.

Rhino Load Stops are a generous 16cm high and made from superior heavy duty composite material.

The inside edges feature a special textured finish for cushioning the load. Slots are provided for attaching tie down straps. Rhino load stops are supplied as packs of two, three, four and five pairs. A minimum of two pairs of load stops is normally a minimum requirement for two roof bar installations but extra pairs of load stops can also be added.